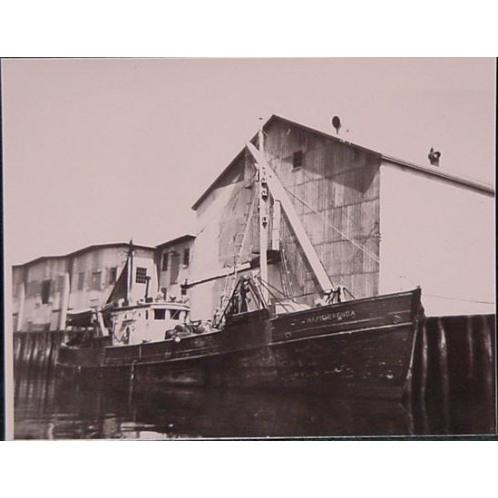 Imagine being in a situation where your only way to survive was to jump into the stormy cold waters of the Atlantic Ocean in February? That is exactly what happened on February 1, 1949, for crew of Marie Brenda.

Early evening Captain Orlando “Buddy” Lace anchored off Isaac Harbour for shelter. Refuge was not in the cards, at 4:00 am Marie Brenda had dragged her anchors and was being blown towards the rocks. Efforts to avoid fetching onto the rocks failed and the vessel was taking on water and the radio died. The crew will have to abandon ship to survive.

Attempts to launch the two dories overboard failed, the seas and winds were too fierce. The seven-man crew then thought that maybe they would wait it out for help to arrive, they were only 40 yards away from the shore and other fishing vessels had also anchored in Isaac’s Harbour for shelter, surely help would come.

Three hours later, the crew is soaked and frozen and the vessel has a severe list, they could no longer wait for help. They would have to rescue themselves or perish. Crew member Joe Fry tied a line around his waist and jumped in but not being able to swim they had to haul him back.

This was a dire situation the young 23-year skipper was faced with. Buddy had run out of options; he was going to have to attempt to swim ashore. He threw a grapnel with a line, it snagged onto the rocks about half-way to the shore. He jumped into the freezing waters and dragged himself hand over hand along the grapnel line to the rocks. Taking a moment to gather his strength he then swam to the shore carrying the heavy line of rope. The shore was not a gentle beachfront, but rather a rocky cliff. He was hurled on the rocks 3 times before he was able to secure his grip. He tied the line to a tree creating a lifeline.

The crew now had a lifeline to safety. One by one they made their way to safety. This is story of will and courage and a story of a hero, Captain Orlando “Buddy” Lace.